An unforgettable lunch with Jackie O

The array of vacation reading on the coffee table made me chuckle this morning. Next to Caroline Knapp's Drinking: A Love Story is Jason Epstein's book Eating: A Memoir. That about sums up the week. My husband brought both titles along, as I read them long ago. In fact, Epstein signed the copy for me when I interviewed him in his SoHo apartment's kitchen in January of 2010 as part of the research for my book on Jacqueline Onassis. 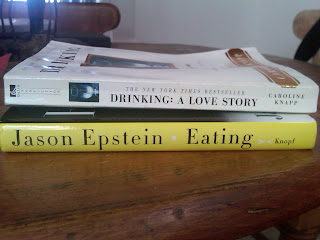 In 1975, Jackie asked Epstein, then editorial director at Random House, to lunch at Lutece; they ordered shad roe (the recipe for which is included in Eating).

"She asked if there was a job for her at Random House," Epstein recalled. "She wanted to be an editor."

I'll save the rest of the story for my book, but tonight I should try the bouillabaisse recipe that Epstein also includes, inspired by the Alice Waters cookbooks Epstein published.

Posted by Tina Cassidy at 6:32 AM No comments:

Vacationing on Cape Cod, home to the Kennedys, means stumbling upon lots of related relics at antique stores: campaign posters, maps with the president's face superimposed near the site of the Hyannisport compound, and this -- a head vase of Jackie in funeral attire. If you squint, you can see the $900 price tag. 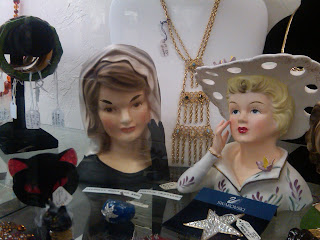 Posted by Tina Cassidy at 10:32 AM No comments:

We are staying in Barnstable, a historic village in the crease of Cape Cod's elbow, at what was once a shack on a cliff. But the house, built in the 19th Century, was transformed decades ago by the late Cambridge architect Ben Thompson, whose magic hand also redesigned Boston's Faneuil Hall Marketplace, New York's South Street Market and Miami's Bayside. In addition to being a visionary architect who promoted walkability, he founded Design Research in 1953 and its flagship store in Harvard Square, in the late 1960s. The design shop, the prescursor to Crate & Barrel, imported Marimekko (still on the beds and pillows here) and clean-lined housewares (whites dishes, cups and bowls on the open shelves in this kitchen that their friend and neighbor Julia Child cooked in), as well as modern furniture by the likes of Alvar Aalto (chairs in the living room from which to view Sandy Neck through an enormous window). Ben's legacy, chronicled in a gorgeous book his wife, Jane, released earlier this year, is evident to the thousands of people who pass through his public buildings every day. We feel lucky to understand and experience his design choices on a residential level. Like any good preservationist -- Jacqueline Onassis included -- he understood that the past is worth keeping, and making relevant. And that good architecture promotes joy and social life. Certainly the hallmarks of a good vacation. 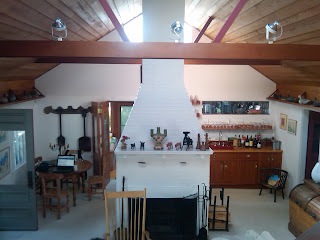 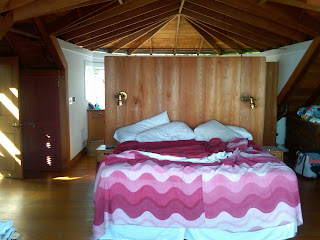 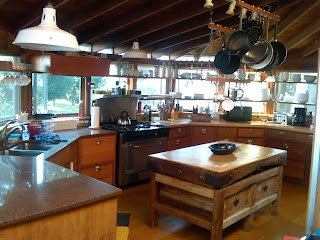 Posted by Tina Cassidy at 5:34 AM No comments:

I'm on vacation in Vermont and between reading chapters of Cleopatra -- I take issue with the book's claim that she was THE most intriguing woman in the world -- we headed over to the Vermont Country Store, where I was preoccupied with the Bozo the Clown punching bag as retail therapy. So I missed seeing this beauty product -- claiming to be "Jackie Kennedy's almond oil" -- until I got back to the house and perused the catalog. Perhaps I'll get some of this skin treatment today in the name of research. 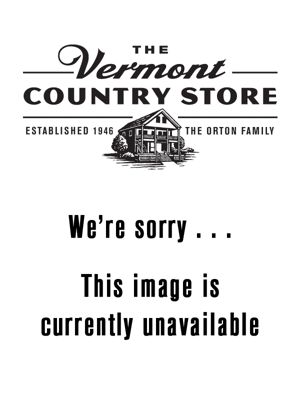 Posted by Tina Cassidy at 6:05 AM No comments:

A few months ago, when I was mostly done with my manuscript, I was in Washington, D.C. on an unrelated work trip. In my spare time, I walked Jackie's old stomping grounds -- the White House, Lafayette Square and Georgetown, where she and Jack had lived on N Street.  I got sucked into a boutique; it happens quite easily, actually. I realized this was the first time that I had time to shop -- outside the grocery store -- in what might have been two years. One of the first things I saw on the rack was a pale salmon-colored silk shirt dress. The color grabbed me. The fabric seduced me. When I pulled it off the rack to have a closer look, the saleswoman mentioned that it was Halston Heritage, a reprise line that Sarah Jessica Parker was working on. This was a dress SJP had worn in one of the Sex and the City films. What the clerk did not say -- but what I was fairly certain about -- was that this was the same dress, in a different fabric, that Jackie had worn to a press conference to save Grand Central Terminal in New York in 1975.

Of course I bought it.

Yesterday, I was reading this month's issue of Vogue and saw that SJP is no longer working on the Halston Heritage line. It was fun while it lasted.
Posted by Tina Cassidy at 5:37 AM No comments: