I'm gearing for my book signing party and instead of the usual wine and cheese I thought it would be fun to channel 1975 -- the year in which Jackie After O takes place. So I'm having a disco party because 1975 was the year of The Hustle and, well, the clothes were really fun. I've got a black strapless Halston jumpsuit with python pattern sequins (oh yes, I did). And these are the finishing touch: 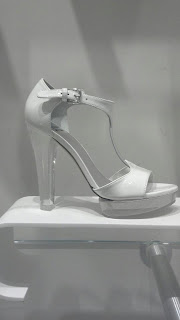 Posted by Tina Cassidy at 6:29 PM No comments:

I'm gearing up to give a talk on May 9 at 3 pm at the Preservation Foundation of Palm Beach, discussing Jacqueline Kennedy Onassis's significant role in the historic preservation movement. But I'm also excited to check out what for decades was the Kennedy family's waterfront home on North Ocean Boulevard -- the place where JFK recuperated from horrible back surgery; where he wrote his inauguration speech; where Jackie was fitted for her First Lady wardrobe; and where she began planning the renovation of the White House. 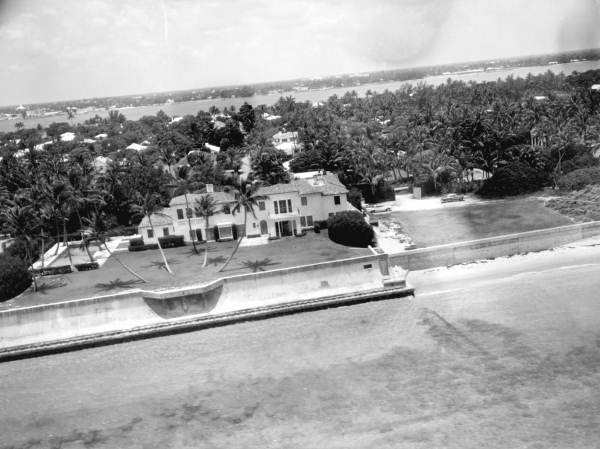 What's even more fitting about this story is that the Addison Mizner-designed home, which Joseph P. Kennedy bought in 1933 for $100,000 from the family of retailer John Wanamaker a decade after it was built, itself became a landmark, preserved by its new owner, the New York investor John K. Castle. He paid $4.9 million for the property in 1995 and restored it over four years, keeping its history in tact.

Jackie would have approved.

By the way, the talk is open to the public, perfectly timed for the Congress of the New Urbanism, in town at the same time.
Posted by Tina Cassidy at 7:17 PM No comments:

A sneak peak TV interview for the book, due out May 1.

Today is opening day at Fenway Park -- and the 100th anniversary of the magical little "bandbox." I could hear the crack of the bats across the Fens from my college dorm room and I still live close enough to walk to a game. But not so long ago, I stood on the field as a reporter for the Boston Globe covering a press conference because the Red Sox ownership wanted to relocate the team to a new facility somewhere else in the city, or even -- gasp -- right there on the spot. Thankfully, the plan died on the vine, a dramatic political and community brawl explained eloquently in this blog post my husband wrote for the Atlantic. Note his reference to Jackie O near the end. Yes, she saved a few landmarks herself. But the Kennedys and Fenway go back a lot further, of course, and continue to this day. There's Robert Kennedy at a JFK memorial game in 1964. A recent snap of former Congressman Joseph P. Kennedy II with his son Joe the 3rd, now running for Congress himself (in my district).
Posted by Tina Cassidy at 6:42 AM No comments:

My book arrived fresh from the printer and it was placed on the dining table. Over dinner, my husband said, "so, what do you think?"

The truth is, writing a book is a lot more of a romantic concept than actually publishing it. It's like being pregnant vs. being a new parent, with a baby that needs alot of care and feeding. Both stages are awesome. And both are work. It's just that once the baby arrives, you are so cross-eyed with exhaustion that you are eager for a new phase. Anyway, here it is: My new baby! 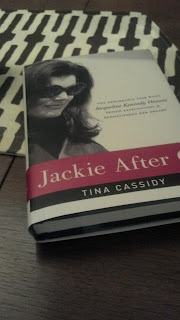 Trophy Wife vs. the "Peer Marriage"

When Jacqueline Kennedy married shipping magnate Aristotle Onassis in 1968 on his private Aegean island Skorpios, tongues wagged from Greece to Greenwich. The story line was simple: She married him for money, and he married her for status; she was, after all, arguably the most famous woman in the world, and he was one of the richest. Whether there was love, or even just affection, or whether this was about mutual security of some kind, it all seemed irrelevant. (Jackie reportedly defended herself by saying, “I can’t very well marry a dentist from New Jersey!”)

Jackie perfectly fit the definition of a trophy wife. She was much younger than her husband, beautiful, and popular. She did not work. She didn't have to. In fact she had not had a traditional "job" since the day JFK proposed and she quit her post as columnist at the Washington Times-Herald when she was 23. She was 39 when she married Onassis, and he was 30 years older (and shorter), although he habitually lied about his age, saying he was 7 years younger. When I saw this story about Cassandra Huysentruyt Grey (aka the Princess of Bel-Air), the young, pretty, second wife of Paramount Pictures Chairman and CEO Brad Grey, I thought it was going to be an iteration on the Jackie + Ari theme. 
Turns out, Cassandra has ambition! She may even have talent! She's nice! How refreshing.

Moreover, it appears to be a trend.

Given recent economic changes -- the same ones that stifled the bitter banter of the Mommy Wars-- and some sociological shifts related to women and education -- times have changed since Jackie wore knee-length Valentino for her Greek Orthodox wedding ceremony. Today, to have a wife (even if she is the second or third) who is smart, has a job and perhaps even a  business plan or a PhD, means more than it did in 1968. It means that the man is not a conspicuous consumer. It means that he does not want to devalue himself by telegraphing to the world that the only reason why his unattractive self is with a gorgeous, much younger woman, is because of his money. It means that he is evolved.


There was a fascinating piece in Psychology Today about the rise of the "power bride," which boils down to this scientific revelation: "A woman's ability to hold a steady job [now matters] more than her age, previous marriages, maternal status, religion or race. Men were more willing to marry women with more, rather than less, education than they themselves had. A wise move, since women eclipse men at the same rates at which they attain bachelor's and master's degrees, and the number of women pursuing higher education continues to steadily climb."


And there was this nugget: "According to a Match.com poll, 48 percent of men (and an equal percentage of women) reported dating partners who drew the same income as they did."


To flip around the trophy concept, there may be a new definition for women wanting to "have it all." They may want to have a successful and/or powerful husband, but not at the expense of their own success or power.


Which brings me back to Jackie. After Ari died in 1975, Jackie got a job. Not because she needed one, but because she had a voracious intellect and it made her happy. It should also be said that while later that year she began to forge what would become a relationship with her longtime boyfriend Maurice Tempelsman (also successful) she never got remarried -- never again to be a trophy wife.
Posted by Tina Cassidy at 4:10 AM No comments:

Reading Mike Wallace's obituary in the New York Times today, I was struck by the length and vigor of his remarkable journalism career, as well as his personal life. I was also reminded of an anecdote about him that I learned while researching my book. 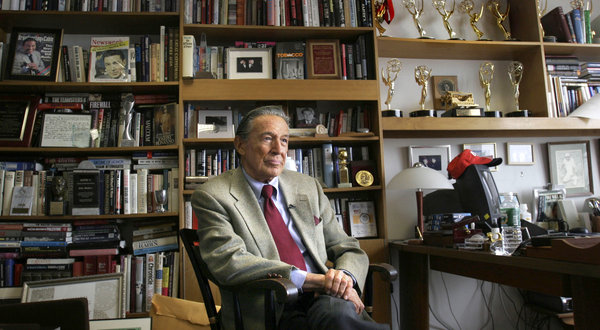 In 1975, the year her husband, Aristotle Onassis, died and her daughter, Caroline, was graduating from high school, Jackie had a midlife crisis -- and decided to get a job. She eventually found one, as an editor at Viking, where a few weeks into her new position, her assistant received a phone call from Mike Wallace's secretary.

"I have Mr. Wallace on the phone for you," the woman told Jackie's young assistant, Rebecca Singleton.

Singleton was annoyed that he made his secretary call, and that the woman referred to her boss as "Mr. Wallace."

When his booming voice shot through the phone, he said: "Hi, Becky!"

Rebecca hated the diminutive version of her name.

"How are we gonna get Jackie on 60 Minutes?" Wallace asked.

Her response: You're not.

He had blown it at hello.
Posted by Tina Cassidy at 6:25 PM No comments:

When I saw that the White House announced a new Google Street View of the White House interior rooms, with a focus on the artwork, I got a tingle of excitement. This is Michelle Obama's project -- a 21st Century approach to opening the White House to the public, in the tradition of what Jacqueline Kennedy did in 1962 with a televised tour, which won her an Emmy.

I think there is even more than could be done using technology to bring the White House, and its stories, alive.

You can check it out here, along with the First Lady's video overview, above.
Posted by Tina Cassidy at 4:15 PM No comments: